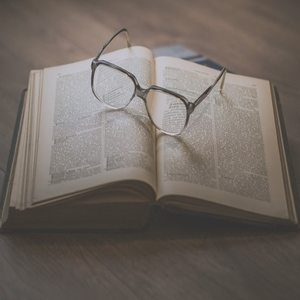 Craig Koester is a professor of New Testament at Luther Seminary in St. Paul, Minnesota. He is a well-known author, who has published a good bit on the Gospel of John and Revelation. He has two short books on the theology of John’s Gospel and the theology of Revelation.

I have been using Koester’s commentary over the past year and have found his commentary to provide helpful insights. For example, when I was studying the seven letters to the seven churches (Rev. 1-3), I noticed that Koester does a fabulous job of countering the common tendency to try to correlate every detail of these letters to historical data that is specific to each of the seven cities. He is trying to correct a trend that relies heavily upon data produced by Colin Hemer’s The Letters to the Seven Churches of Asia in Their Local Setting (1986). Hemer’s work is quite valuable, but some of his connections to the seven cities would benefit from further examination. Koester does not neglect to tie the seven letters to their historical setting, but he questions a number of poorly supported claims that are based on flimsy historical evidence. For example, Koester questions whether the reference to being lukewarm versus hot or cold has anything to do with Laodicea’s water supply (Rev. 3:16). He thinks it is more likely related to common dining practices. Hot drinks or cold drinks are preferable to lukewarm ones. This is true whether one lives in Laodicea or in any of the other cities of Asia Minor. It even holds true today, right?

Overall, I have found Koester’s commentary to be helpful and readable. His commentary is not as daunting to read as one might expect from its length. His comments are generally well-organized and his train of thought is easy to follow. I have found him to be more readable than other commentaries of similar length. One surprising weakness of Koester’s work is his tendency to gloss over difficult Greek constructions with little or no comment. I have generally found more interaction with Greek or Hebrew constructions in other Anchor Bible volumes that I have used. Koester makes up for this weakness by providing a number of helpful sections in which he provides short summaries of the history of interpretation related to well-known problems in the book of Revelation.

Revelation: A New Translation with Introduction and Commentary.