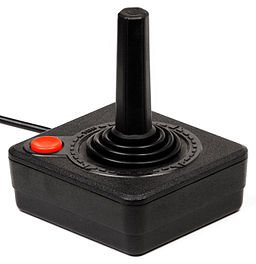 Everyone can see how prevalent video games have become in the lives of young people, and even in the lives of those who are not so young. Kevin Schut, a professor at Trinity Western University wrote this book to help us to think carefully about video games and their potential impacts on people, including the children whom we love (2). He notes from the very beginning that many Christians who enjoy video games tend to hear primarily negative messages about them from the “Christian community” (3, 5). He wants to educate his readers so that we can give a more informed and fair assessment of the significance of video games. Video games can be immersive experiences that Schut wants us to see as having potential for good as well as for ill.

Like many parents, I am concerned about violence in video games, so I read chapter 4 first (“Games and the Culture of Destruction: Violence and Ethics in Video Games”). I was challenged by this chapter not to lump all video games together when it comes to the presence of violence. His basic conclusion is intuitive. Each game must be judged based upon its own merits and based upon who is playing and how the game is affecting them (70-71). He asks a whole series of questions that can help us to think about the games that our young people are playing. I tend to look pretty closely at how games are rated and be particular about placing limits on what my kids can play, but I am not as good at talking with them about their game play and how it is affecting them.

Earlier in the book, he reminds us that video games are full of moral choices that can challenge a person to choose to act ethically (47-48). These thoughts encouraged me to engage my kids regarding what they are playing and what they are thinking as they are playing. I have found that they notice the choices that other players make and they can choose what kind of player they will be. This makes me want to ask questions like “What kind of player are you?” and “What kind of moral choices do you see in this game?” and “What decision did you make?” Schut says, “It is also possible…that the player will engage in some serious soul searching and careful consideration. Those who haven’t played a game like this might easily underestimate the power of such choice making—it can be an exercise in extreme empathy. And when players and their imaginations are heavily involved, it is quite possible to exercise faith and spirituality in a way that other media cannot match” (47-48).

Overall, I was encouraged by this book not to underestimate the significance of video games and not to simply ignore their influence on my kids. I need to engage them in their choices about which video games are appropriate and in how to play them in a way that reflects who they are as Christians. Perhaps talking about game play can be more than just talk about their victories and defeats. With some intentionality, perhaps our talk about game play can get at issues like character, morality, and the pursuit of that which is good and honorable. Here’s hoping.
Click on image below to see this book on Amazon.com.